Deprecated: strripos(): Non-string needles will be interpreted as strings in the future. Use an explicit chr() call to preserve the current behavior in /home/reflecti/public_html/squirrelcart/functions/util/sc_browser_info.func.php on line 84
 About Ruth | Reflections By Ruth 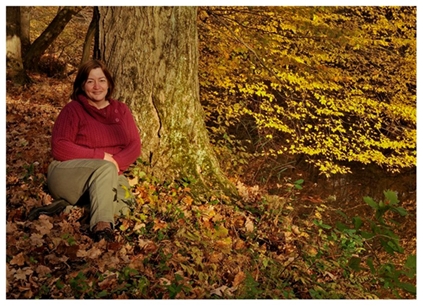 Born and raised in Delaware County, PA, Ruth grew up visiting Bucks County since childhood. Fond memories and a passion for the natural surroundings, brought Ruth and her husband Steve to relocate to Bucks County in 1986. Her passion for capturing scenes in the best light has led her to focus on some of the most artistic areas of Bucks County. Her collection of scenes show the wonderful beauty and light of the changing seasons. Often times Ruth returns daily looking to capture the perfect colors and light in order to create tranquil moods enjoyed by so many of her collectors.

Ruth’s passion for photography began late Summer of 2003. While on the long hour drives home from her job in Princeton, NJ she decided to enjoy the beauty Bucks County had to offer and photograph them along the way. By November of 2003 she began entering her photographs to online competitions. The first photo entered at Bytephoto.com won “Photo of the Week”. This gave her the incentive to continue to learn more about the art of photography. Ruth is a self taught photographer who has honed her skills by interacting with some of the finest photographers through online photographic communities.  She has expanded her vision by looking for scenic locations on weekend trips or vacations with her husband Steve. their travel adventures have lead them along the East coast and as far North as Quebec, Canada. However, Ruth is always drawn back to the beauty of Bucks County.